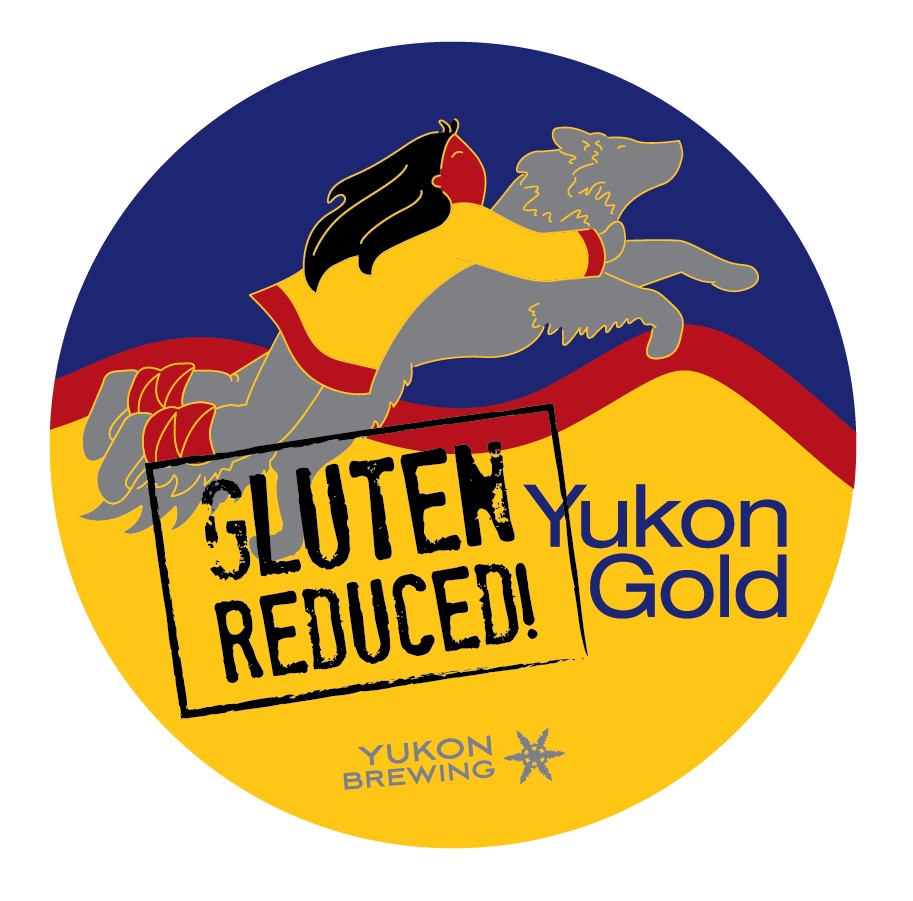 Yukon Gold goes back to 1997, being one of the first beers released by the brewery. It has become a staple – in fact, it is the number one selling draught beer in the Yukon…period. Number Two is by a little brewery called Molson with a brand you might know – Canadian. And, in case you thought that was a horse race, last year Yukon Gold outsold that other beer by over 2.5 to 1…  Of course, that is just in draught beer, but we are still pretty proud of how much support we get from people in the Yukon. And, if that comes off as bragging, we have to quote Joe Friday (for those of you old enough to remember him) – “Just the facts, ma’am”.

About 18 months ago we committed to try to produce a gluten free beer. We experimented with all kinds of funky ingredients to avoid that cursed villian, barley. Everything we tried tasted like, well, not beer. And that just did not sit well with us. Then, we stumbled on a technique whereby beer can be brewed with barley, but the gluten in the barley is modified. It would not be fair to say that it was removed, because it is not…but it is modified such that it no longer is detectable as gluten. What is it then? We are not sure…in fact, testing agencies are not sure either. So, while this beer was tested at 11 ppm gluten, and the threshold for gluten free is 20 ppm, we are not comfortable calling it gluten free.

There is apparently not a reliable test available for gluten in fermented beverages. If there was, we would use it. We say simply this – to the best of our knowledge, measurable gluten in our Gluten Reduced Yukon Gold is 11 ppm. But, your body is the ultimate meter…try a small sample in our store, or get brave and bring a growler home. If it does not work for you , bring it back and you will get a full refund…we really have the need to know if this beer works for our gluten intolerant customers. We think it will, but ultimately you will tell us.

Gluten Reduced Yukon Gold is on our growler system now, here at the brewery