You’re A Mean One… 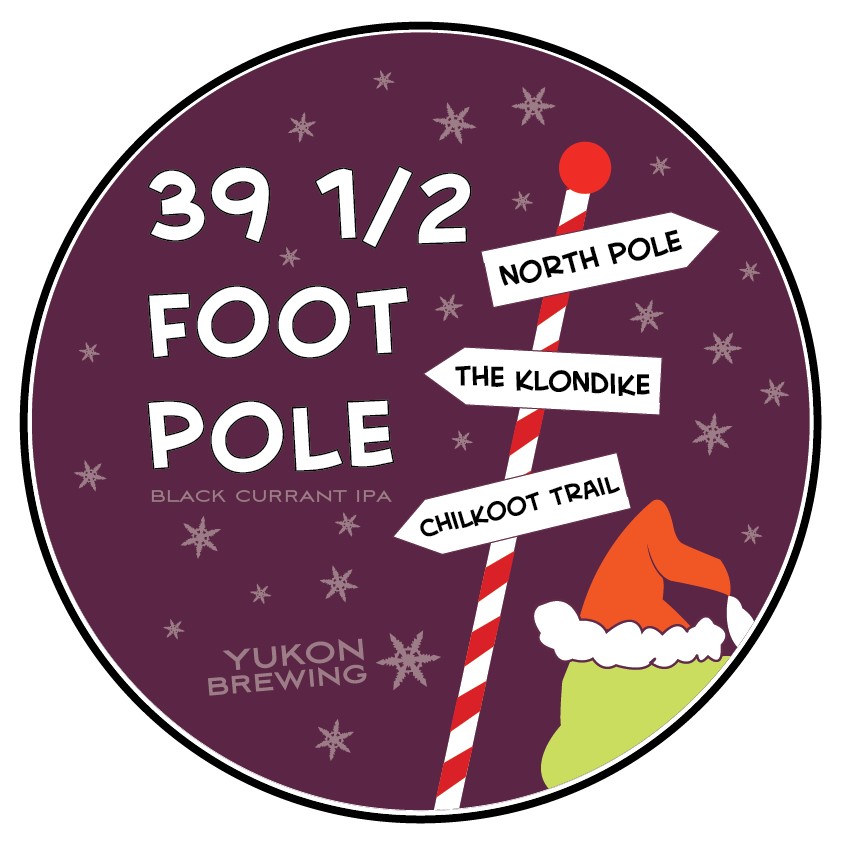 In 2013 we supplied a beer that was included into a 24 pack, called the Advent Calendar. We brewed a Black Currant India Pale Ale, and called it 39 1/2 Foot Pole. If you don’t understand the name, go back and watch that TV show again, the one with the green character in it.

We had lots of amazing feedback about the beer. It really seems that the sweet tartness of black currants and the hoppiness of the beer (from some unusual hops, at least for us) hit the nail on the head.

So, we brought it back again, this time as a stand alone product in both 650 ml bombers and in growlers.

We did change it up a bit, though. In order to hit the timing on last year’s calendar, we had to make the beer before the autumn berries were ready. As such, we had to purchase a puree of black currants, rather than the fresh, whole berries.

This year, we were able to purchase the berries from the Yukon Grain Farm. And, while the only comparison we can do with last year’s beer is via our memory (a sketchy proposition at best), we think that the fresh berries made a difference.

There is definitely a black currant punch at the end of the beer profile.

And, just in case you were wondering, what hops did we use in 39 1/2 Foot Pole? They were Sterling, Galaxy, Calypso, Legacy, and Belma. Quite the hop smorg…

Look for 39 1/2 Foot Pole at the Whitehorse growler station at the brewery, or in bombers in the Yukon and Alberta.