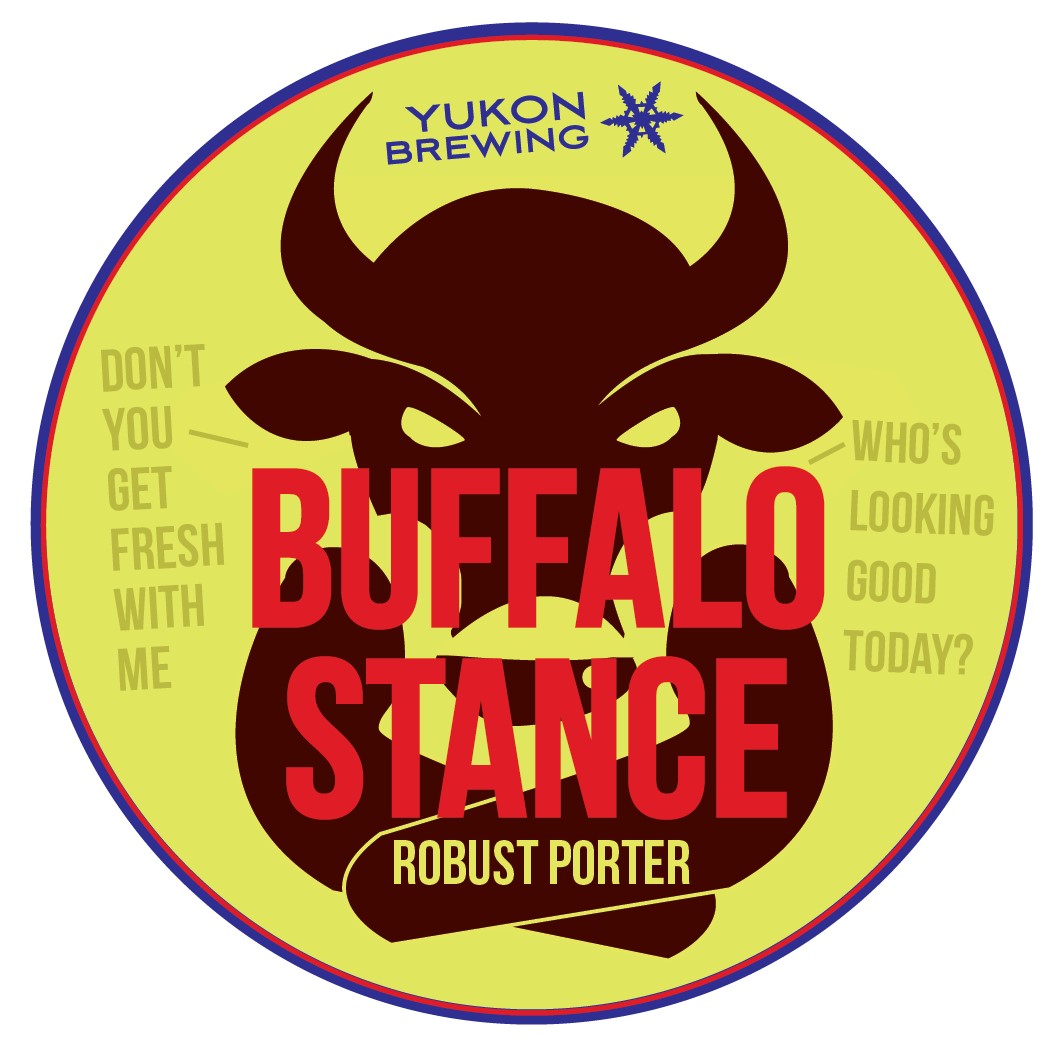 It was back in 2011 that our brewers first took a stab at a porter, with our White Pass Porter. Of course, everybody knows the story about where porter got its name. If not, search it…  And, as we all know, a porter is generally a somewhat lighter version of a stout. In fact, the style ‘stout’ originated as a short form of the wordy ‘stout porter’, or bulked up version of a porter.

Now, I am not sure where the idea for this beer came from. My guess is that the brewers had a little spat – make a porter, or make a stout? And, in the true Yukon spirit of compromise (let’s quit arguing and go have a beer), they decided on a Robust Porter, right up the centre. And lo, Buffalo Stance Robust Porter was born.

Not sure where the name came from either. Apparently, it refers to a pose that people take where they stand with their arms tightly crossed, staring somebody down. I guess it came from a Buffalo Bills football player, Bruce Smith. And, furthermore, I understand that, around the brewery, we stand like that often. Apparently whenever we are trying to sort out a tricky decision. I personally beg to differ, you cannot stand like that and sip a beer, and that is always where we end up when a tricky decision is on the table. Those marketers….

But, back to the beer. The two row pale malt base of Buffalo Stance Robust Porter is not so different from our White Pass Porter. However, the specialty malts is where the brewers went to town. In addition to the pale malt, this beer contains Munich 10, chocolate malt, crystal C-60, carafoam malt for head stability, honey malt, medium crystal, roasted barley and, to spice it up, some malted rye. As you might imagine, the result is very layered and complex, full in body and mouthfeel that nudges into the stout category. All of the hopping in this beer is Belma, a pretty new hop in the market. Belma is known for a general fruity character, but the most notable fruit is strawberry. Which goes very nicely, I would say, with the roasted chocolate notes of the beer.

You will find Buffalo Stance Robust Porter here at the brewery, of course, on the growler bar. And, if you are diligent, you will find it on tap at various locations in Alberta, be they bars or be they growler stations in liquor stores. Oh, and if it matters to you, 5.6% abv and tasty as could be…  And, to really get into the right headspace, listen to the song Buffalo Stance by Neneh Cherry. It will bring you back to another time and place.