And Where Did He Get That Banjo? 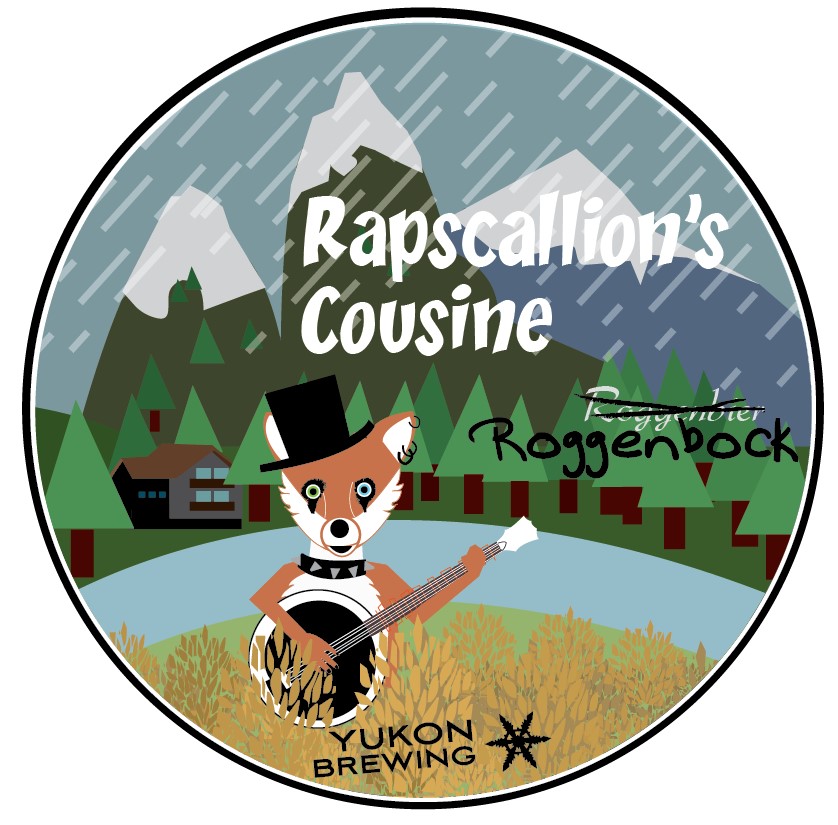 Just about bang on a year ago, we made a roggenbier, and called it Rapscallion. We liked it a lot, so wanted to bring it back again, but the brewers decided to shake it up a bit. So, we did a bock version, paying homage to the original beer by naming it Rapscallion’s Cousine.

The basic idea of both of these beers is a roggen – which is German for rye. And, both versions of this beer contains malted rye. Rapscallion’s Cousine, however, contains about 50% more than the original roggenbier. Hence, it started to become the ‘cousin’  of the original – or, of course, ‘cousine’ in German. To turn a ‘bier’ into a ‘bock’, we substituted all of the two row pale malt in the bier to Munich malt in the bock. This roasted malt gives the final product a distinctive malty/biscuity/nutty character noted in a bock.

You can see on the label that Rapscallion’s Cousine is a bit of a punk, with the slightly goth look and piercings. That is because the bock version is a bit more out there, compared to the bier version. Lots of rye spiciness as well as the heavy malt body makes a beer that you will stop and notice on the first swallow.

The original beer was strictly hopped with Saaz hops- Rapscallion’s Cousine has some Saaz in there as well, but it supplemented with Sterling for a bit of herbaceous and spicy flavour.

Rapscallion’s Cousine is full of mouthfeel, full of spiciness, full of flavour. It clocks in at 6.5% abv, and is available in 650 bomber bottles in the Yukon and Alberta, as well as the brewery growler bar.