So You Think Nobody Likes Fruitcake – That is About to Change! 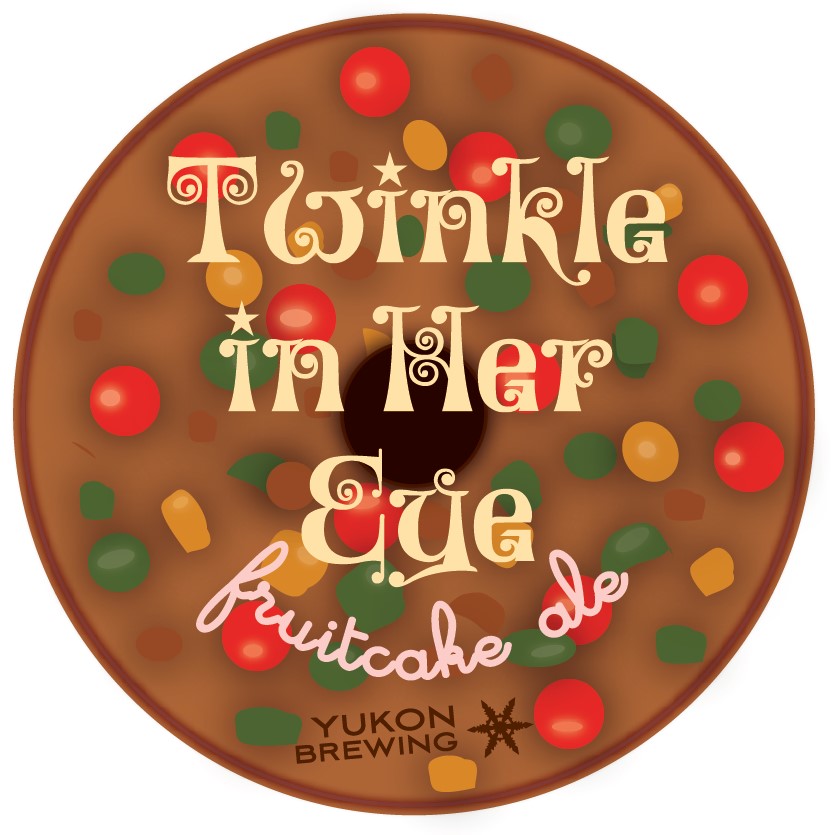 For several years now we have released a spiced dark ale around the holiday season. This year, we decided to change it up a bit.

So, launching November 29 on our growler system is Twinkle in Her Eye Fruitcake Ale. Now, as they say, you can’t make an omelette without cracking a few eggs – and you can’t make a fruitcake beer without a healthy helping of fruit. So, this beer contains a plethora of fruits, including apricot, red cherries, cranberries, and mandarin oranges. And, you can’t make fruitcake without some spices, so we used cinnamon sticks, pureed ginger, nutmeg, and whole cloves, all ground together fresh here at the brewery. And everybody knows you can’t stop there when making fruitcake, so we pitched in some molasses, some demerara sugar, some rolled oats, and some whole vanilla beans for good measure.

Now, we all know that Santa is reputed to have a notable twinkle in his eye. But the story apparently goes on from there – if you want the see the twinkle in Mrs. Claus’ eye, just give her a bit of fruitcake. So they say. So, in the good interest of putting a twinkle in her eye, we thought we should try putting some fruitcake in a glass.

Twinkle in Her Eye Fruitcake Ale is robust, with enough malt body to support that big fruity blast. It is a pleasant combination of sweet and tart, with an almost invisible bitterness. But, those flavours from the fruit surely do come up from behind and fill in the gap just as the swallow is headed south from your mouth.

Twinkle in Her Eye Fruitcake Ale is on the growler system until it is gone, which may well be right quickly.