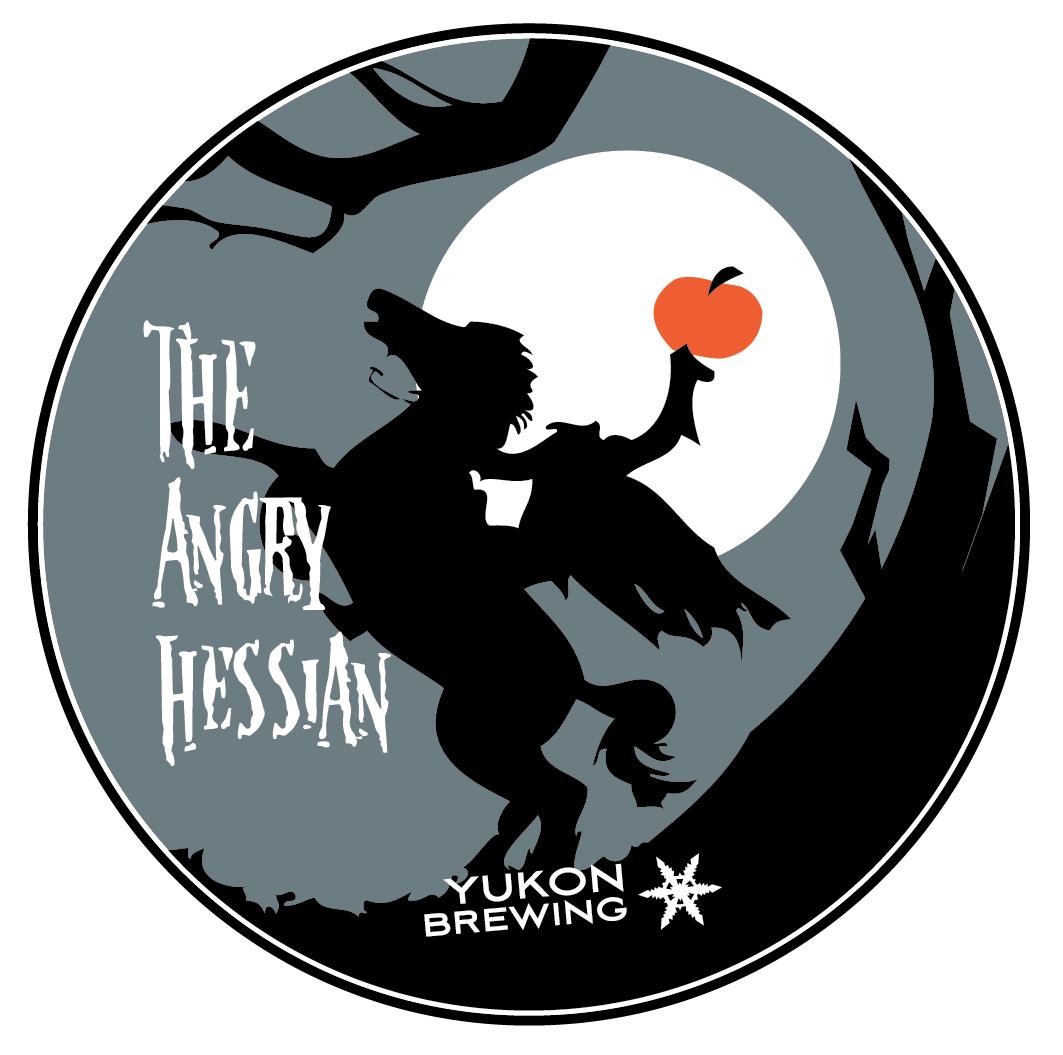 Okay, so what the heck is an Angry Hessian? Well, cast yourself back to the 1819 Washington Irving story “The Legend of Sleepy Hollow”. Ichabod Crane competes with Brom Bones Van Brunt for the affections of the comely Katrina Van Tassel. Ichabod attends a party at the Van Tassel estate and, upon leaving, is chased by the Headless Horseman. The horseman is supposedly the ghost of a Hessian trooper “whose head had been carried away by a cannon ball in some nameless battle during the Revolutionary War”, in the language of Washington Irving. If I had my head carried away by a cannonball, I would be angry, at least for a brief moment.

While the story leaves poor Ichabod’s fate a bit ambiguous, a shattered pumpkin is found beside Ichabod’s abandoned hat. And, according to Yukon Brewing legend, a strain from this very same pumpkin found its way into our beer.

Okay, so we made that part up.

Every fall we produce our pumpkin ale, brewed with 60 kg of pumpkin as well as molasses, demerara sugar, crushed cinnamon sticks, pureed ginger, and crushed whole cloves and whole nutmeg – and oats for body. The result is pretty much pumpkin coloured, and very smooth and creamy. Close your eyes at the nose and you think there is a slice of pie on a plate in front of you, but when you fill your mouth the perception is more like pumpkin cheesecake, full of delicious flavour and mouthfeel.

The Angry Hessian is on tap here at the brewery, in the growlers, starting September 28. This would be a good time to either fill up your new stainless steel growler that you picked up at our 15th birthday party…or check them out if you have not seen them yet.