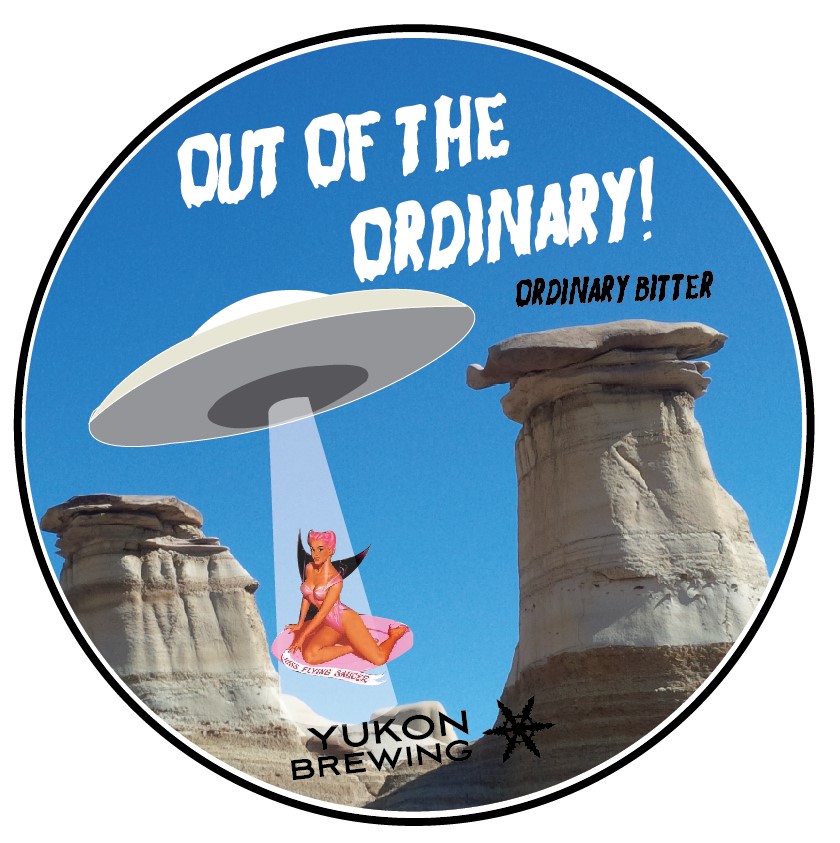 There are three categories of bitter – Special, Extra Special, and Ordinary. Out Of The Ordinary falls into the ordinary bitter category, but it just seems wrong to call it ordinary. In fact, it tastes anything but ordinary.

Ordinary (or standard) bitter is all about the balance. It needs enough malty sweetness to precisely offset the hop bitterness. And, because the alcohol level is low, these flavours shine through brightly.

This beer is made with 5 malts, including some black malt, some malted wheat, and some unusual carafoam malt. This malt is designed to add dextrin, which is an unfermentable sugar used as a body builder. Carafoam is also designed for head retention.

Out Of The Ordinary is available only at the growler bar at the brewery, at least for the time being. There is talk around here about putting it out into the market as a Special Release, so watch for that possibility.