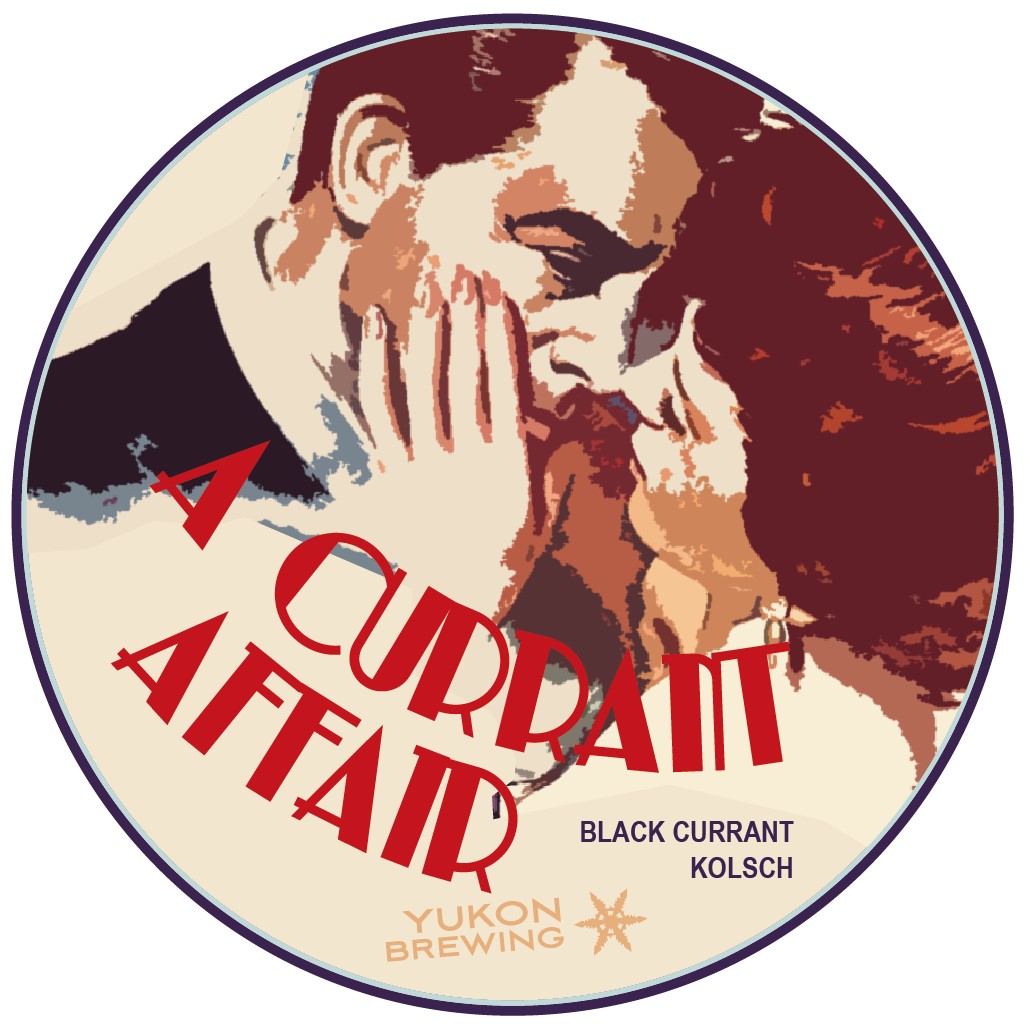 As many know by now, we were fortunate to have been asked to have a beer in a product available in western Canada this winter, an Advent Calendar featuring 24 unique beers. We took the opportunity to brew an IPA using black currants, which we surmised would suit the season. The timing was such, however, that we had to purchase the black currants from the south. Our Advent Calendar day was December 4…hope that you enjoyed the beer if you had the chance to try one.

While we were talking about how much we enjoyed the flavour that black currants brought the beer, we learned of some locally grown black currants that were available. We jumped right on that and bought enough for a brew.

So, available now at the growler bar at the brewery is A Currant Affair.  While our Advent Calendar beer (which was called 39 1/2 Foot Pole, by the way, for all you Grinch fans) was an IPA, we decided to go down a different road with this beer. So, we brewed A Currant Affair as a kolsch. Originally only brewed in Germany, this is a bit of an obscure style in North America. However, it is stylistically rather light in body with a moderate to slightly assertive hop bitterness. It is an ale, however is cold conditioned after fermentation like a lager. Our brewers thought that this was the perfect canvas for the black currants, and after tasting it, we think that they were bang on.

A Currant Affair, 5.0% abv, now at the growler station in the brewery.