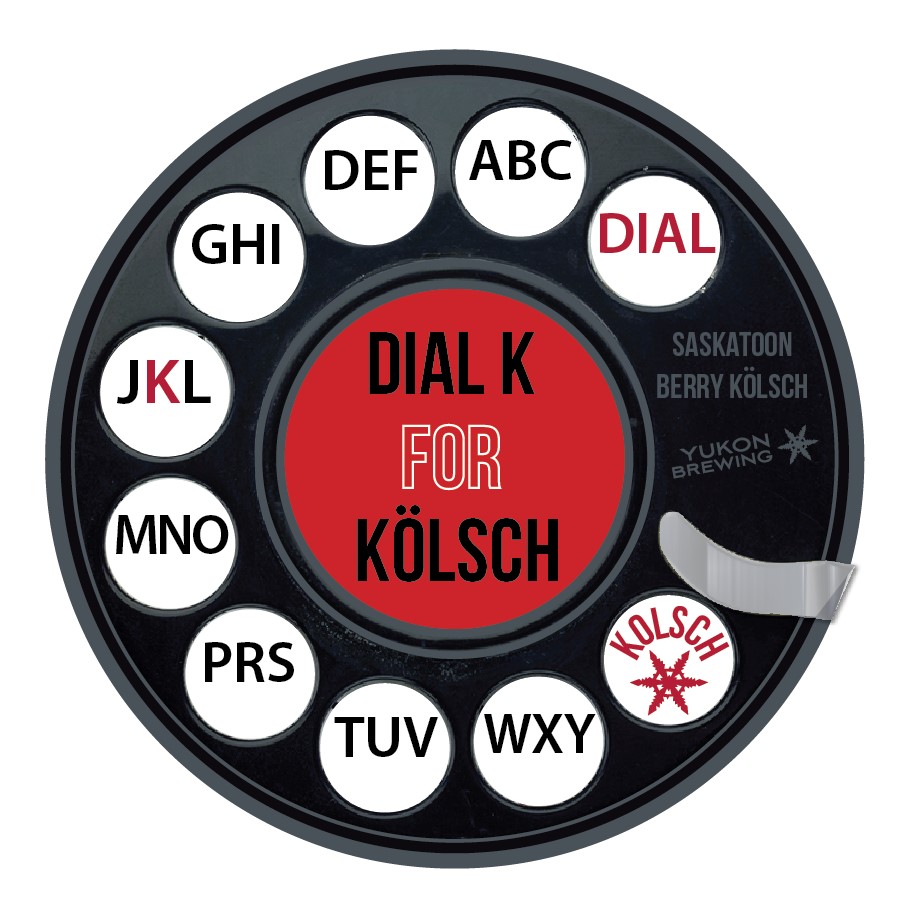 Our brewers have been enjoying a couple of approaches lately, it would seem. That would be using berries in beer, and brewing kolsch. So, I guess it was just the next step in the evolution to combine these two approaches – so, here we have Dial K for Kolsch saskatoon berry kolsch.

We always strive to use local ingredients, which is always a challenge in this part of the country. Now, full disclosure time – saskatoon berries grow well in the Yukon, but are a wee bit sparse in January. So, we needed to purchase these berries from our Vancouver fruit supplier. Rest assured, all natural saskatoon berries, no artificial flavours or colours – but not locally grown.

As we have written before, the kolsch beer style originates in Cologne, Germany, and is pretty much a German version of the British Pale Ale. The word itself is basically an adjective meaning “Cologne-ish”, as in ‘from Cologne’. Seems like the perfect thing to name a beer that is popular in the region.

Traditionally this beer was made with a single pilsner malt. We changed it up a bit by using some Vienna malt, giving a bit of breadiness, and some malted wheat for some citrusy notes. Hopping is light, and done with traditional Czech Saaz hops. And, And, in traditional fashion, while an ale this beer was fermented more like a lager, long and cool. Alcohol content is 5.0% abv, which is pretty much in the middle of the range for the style. Then, of course, is a subtle saskatoon berry flavour complementing the kolsch crispness.

Dial K for Kolsch is available at our growler bar, and in 650 ml bomber bottles in the Yukon and Alberta.