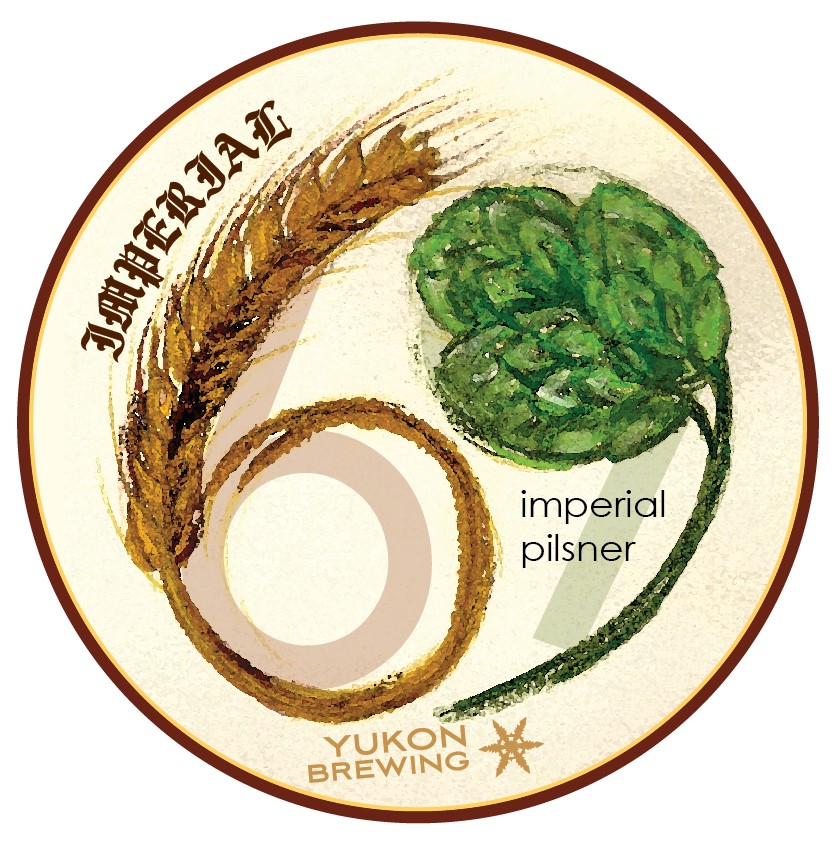 The brewers must be in an Imperial mood these days. We have recently brewed up our Imperial Red – Megalomaniax – as well as our Imperial IPA – Double Trouble. Now they have whipped up a batch of Imperial Pilsner, aptly called Imperial 69, in honour of the 6.9% abv.

As a pilsner style lager, we brewed Imperial 69 largely with pilsner malt, rather than the normal pale malt. However, we threw a bit of a spin on that as well. The brewers used a wee bit of chocolate malt for just a little touch of colour. They used some acidulated malt, also known as sour malt, which introduces lactic acid to the mix. Lactic acid gives the beer a little bit of a sour tone, sharpening up the crisp pilsner flavour. And, to add some zing to the result, in went about 10% malted rye. Now, rye is a pretty aggressive flavour – as an Imperial Pilsner, we felt that the malt bill should give Imperial 69 a bit more zip than a normal pilsner.

First hop is Sterling, an interesting hop who parentage is 50% Saaz, 25% Cascade, and then on from there. The Sterling hop gives a notable but delicate bitterness. Second and third hops are Saaz.

If you are looking for a beer with the clean crisp lager flavour, but with something else going on (thanks to our two good friends, acidulated malted barley and malted rye), then bring in your growler and grab some Imperial 69.