How About a Yukon Holiday This Year? 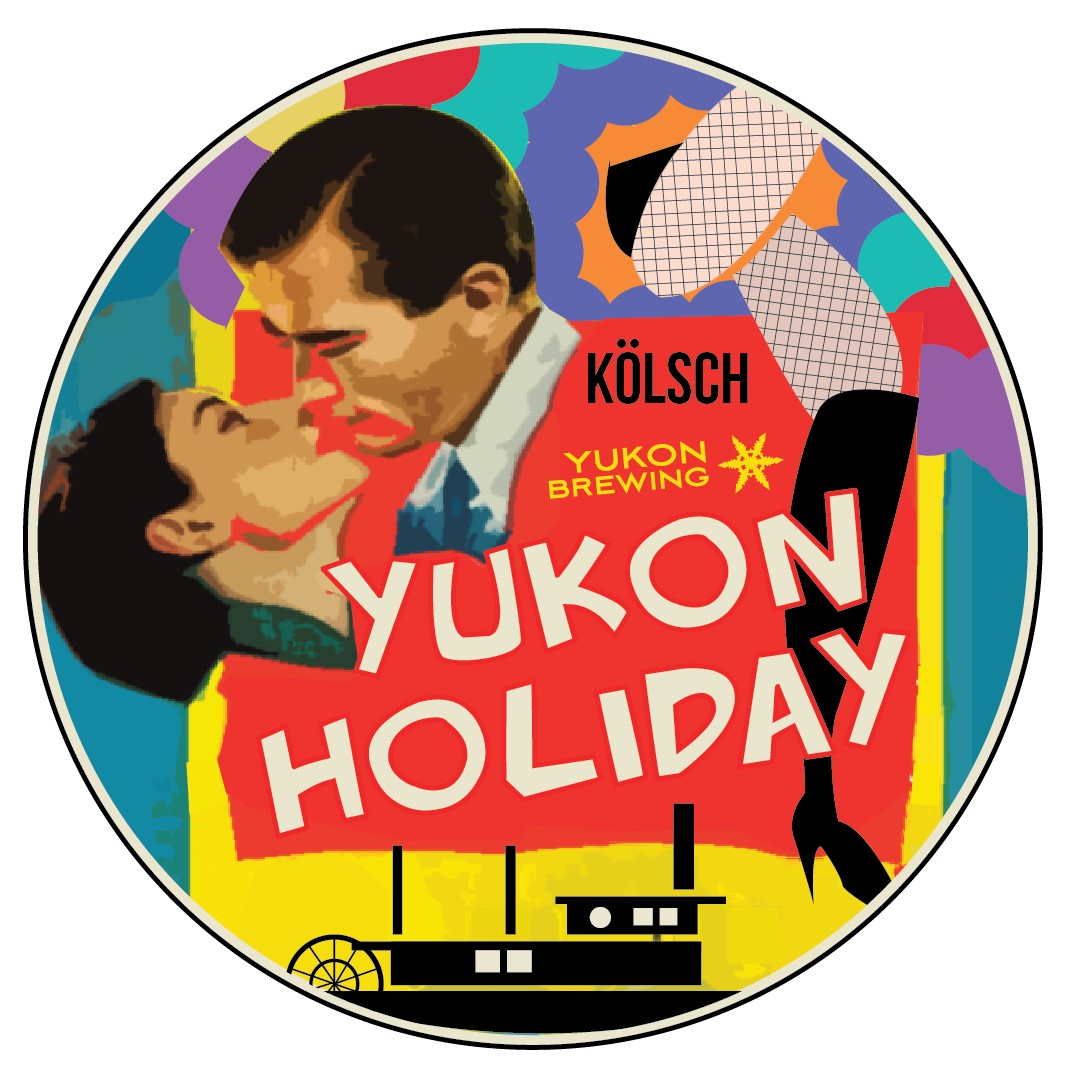 Summer has definitely sprung in the Yukon, with long days, warm afternoons, and a very active community. Biking, paddling, disc golfing…you name it. And, of course, tourists are beginning to arrive. What a perfect time, we thought, for a Yukon Holiday.

Now, you might remember the movie Roman Holiday, with Audrey Hepburn and Gregory Peck. And, you might think, ‘That kind of looks like them on the artwork’. And who knows, maybe they are. The person here who created the artwork is currently en route to Haines, Alaska, for the amazingly fun Haines Beerfest. If you have never been, put that one on your bucket list, by the way…

But the reason we have no idea where this artwork came from, is that we have nobody to ask! And, we have no idea what Yukon Holiday has to do with kolsch. And, we definitely have no clue where Gregory Peck or Audrey Hepburn fits into this.

But we do know kolsch…this is a pretty tasty rendition, if we do say so ourselves. The beer style originates in Cologne, Germany, and is pretty much a German version of the British Pale Ale. The word itself is basically an adjective meaning “Cologne-ish”, as in ‘from Cologne’. Seems like the perfect thing to name a beer that is popular in the region.

Traditionally this beer was made with a single pilsner malt. We changed it up a bit by using some Vienna malt, giving a bit of breadiness, and some malted wheat for some citrusy notes. Hopping is light, and done with traditional Czech Saaz hops. And, And, in traditional fashion, while an ale this beer was fermented more like a lager, long and cool. Alcohol content is 5.0% abv, which is pretty much in the middle of the range for the style.

Yukon Holiday is available at our growler bar, but it is the first beer that we have put into 650 ml bomber bottles. The bombers are available at the brewery, and throughout Alberta. We plan to have more beers available in bombers in the near future….watch this space!