From the Heart of the Tree 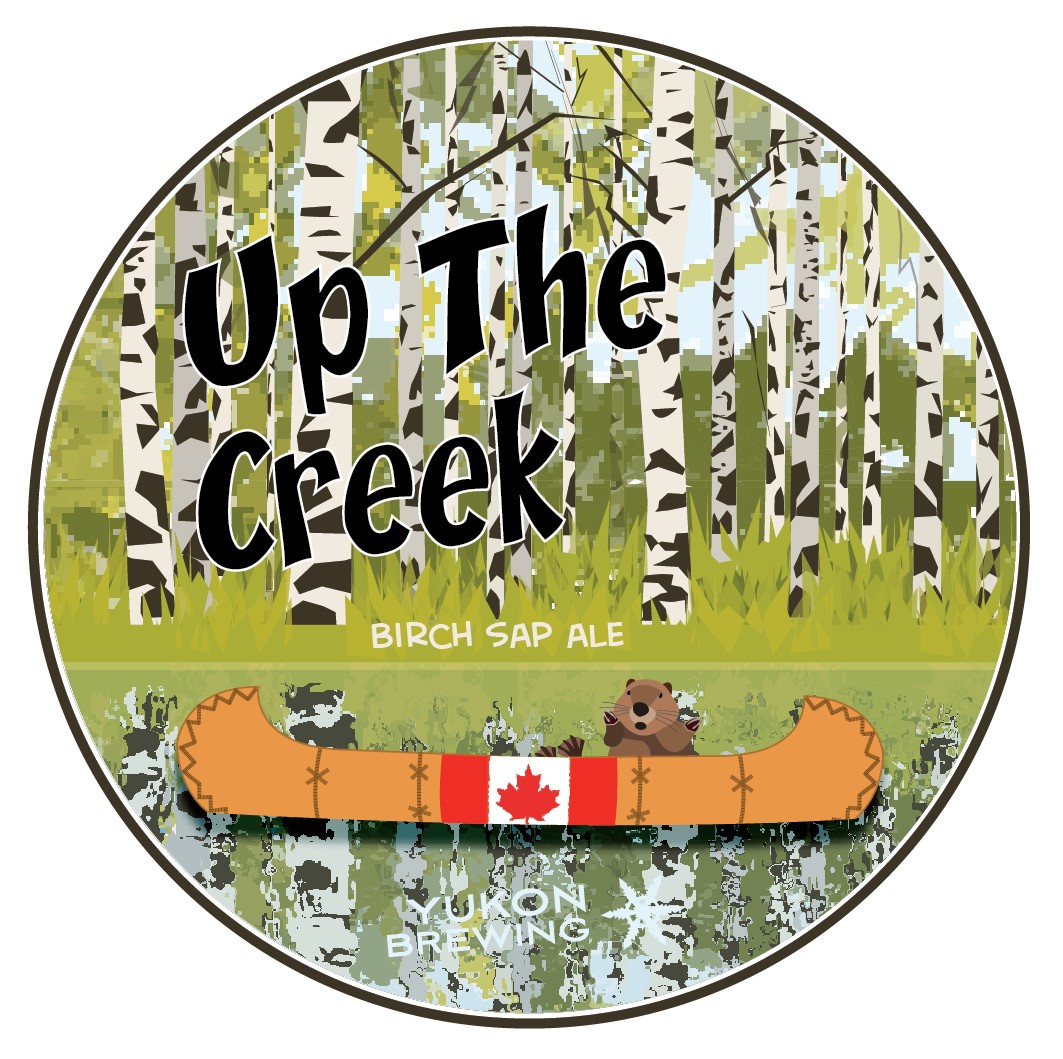 Way back in 2007, we stumbled upon a very unique Yukon product that we thought might make an interesting ingredient in beer. That, of course, was birch sap or syrup. I guess we must have been right, since we have been making it every spring since, 8 versions and counting.

The beer is made by tapping the birch trees from a stand that grows in the general vicinity of Dawson City. There are about 1,500 trees that are tapped in this stand. About 1,000 trees are tapped into buckets, and 500 trees into a tubing system. These buckets need to be emptied every day that the sap is running, an onerous task without doubt. After the sap is collected, it needs to be boiled to drive off some of the water – it takes 80 litres of sap to make one litre of syrup. This is done out in the woods, since the stand is rather remote and it makes little sense to haul out water that you can evaporate on site. The sap/syrup that we use is not fully boiled down to the consistency of table syrup, which is why we are not really sure what to call it, sap or syrup. Really, it is at a midpoint between the two.

We are so lucky to be able to source out this very unique ingredient, and we are pleased beyond words with the flavour that it imparts to the beer. Due to the nature of an ingredient as natural as birch syrup, every year we get slightly different results, flavour-wise.  This year’s version, Up The Creek, is definitely sweeter than last year’s version. This is generally expected, as birch sap is mostly fructose, which is a complex sugar that does not ferment until it is broken down into simpler sugars. Up The Creek is very layered, with pungency shining through the entire swallow, at both the front and the back. Think full bodied honey ale, with a large dose of birch zestiness. Or don’t think – just try some.

Up The Creek is available at the brewery in growlers, as well as in 650 ml bombers in Alberta and at our brewery store. Get it while it lasts, since when it is gone we cannot brew more until the trees yield their bounty next spring.