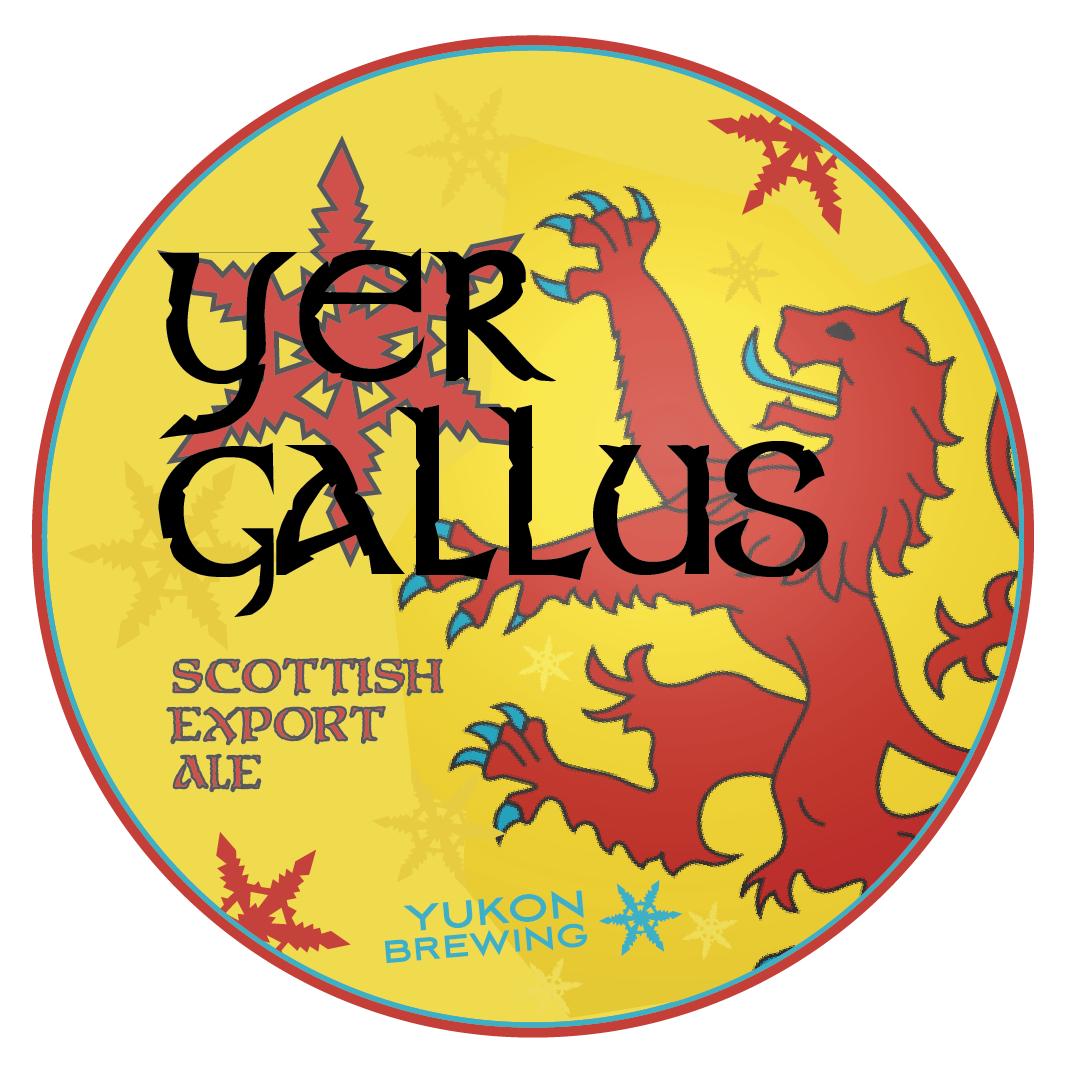 In that well known and oft quoted Scottish language, “yer gallus” means, “you’re daring, rash, wild, or cheeky”. Kind of describes most of the folks here at the brewery on their best days, let alone after a couple o’ gigots of this Scottish ale! Of course, in that fine language, a gigot is a pint, and yer growler holds a couple o’ those, so come on in and fill ‘er up.

Scottish ales were traditionally defined by the tax that was levied on them – Back in the day, the amount of tax varied by alcohol content, so the lightest ales (under 3.5% alcohol) were 60 schilling ales, while the strongest (over 6.0% alcohol) were 90 schilling ales. Our Yer Gallus is 5.2% alcohol, and hence falls into the group of export Scottish ales, or an 80 schilling ale. In deference to the style, this beer is very malt forward, with a nearly indistinguishable hop finish. It’s mahogany in colour, ever so creamy on the tongue, and finishes with a hint of smoke, as we used a wee bit of peated malt in the recipe.  Robbie Burns would be proud.